Wow, this past week just flew by so quickly! As I have for the past three years, I held my annual summer tabla workshop during the first week of July, at the Schulich School of Music of McGill University. This year, the participants all came from the Montreal area. I had two groups - one of pure beginners, who had no prior experience with tabla, and an intermediate group of students with a few years of experience. Each group had four 90-minute classes, spread throughout the week, and both groups joined together daily for a two-hour group practice session. We also met for two video-viewing sessions, where I showed videos of concerts by some of the great maestros, and as always, we concluded the workshop with a Guru Puja.

The participants this year had such great enthusiasm and energy. We were also joined by two guests from the UK, Caroline (my Gurubahen) and her partner Neil. Neil participated in the beginner class, while Caroline helped out with some of the teaching.

This year, for the intermediate class, I decided to follow an 'accompaniment' theme, and so for one of the classes, I invited my santoor buddy Jonathan Voyer to come, and be accompanied by the students in Rupaktaal, Sitarkhani, and Teentaal. The following class, Neil sang some bhajans, which gave the students a chance to accompany in Kaherva, Dadra, and Bhajani theka. The experiment was a great success, and I will surely integrate this type of activity again in the future. 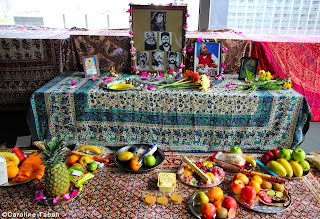 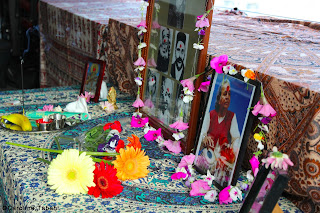 Until next year! Thank you to Caroline Tabah for the photos!