Dynamic performer Shawn Mativetsky is considered one of Canada's leading ambassadors of the tabla, and is a pioneer in bridging the worlds of Western and Indian classical music. Acclaimed as an exceptional soloist and a leading disciple of the renowned Pandit Sharda Sahai, Shawn Mativetsky is highly sought-after as both performer and educator, and is active in the promotion of the tabla and North Indian classical music through lectures, workshops, and performances across Canada and internationally. Based in Montreal, Shawn teaches tabla and percussion at McGill University. His most recent solo tabla album, Rivers, is rooted in the rich traditions of the Benares style of tabla playing. Shawn's new book, RUDIMENTAAL, features compositions for snare drum, inspired by the tabla drumming of North India.

As a practitioner of Indian classical music, Shawn regularly gives solo tabla performances, as well as accompanying kathak dance and instrumental artists. Since 2003, Shawn has been affiliated with the Pandit Ram Sahai Foundation (UK/India), and in the summers of 2006 and 2008, hosted tabla maestro Pandit Sharda Sahai's annual summer tabla workshop. Since 2011, Shawn has been hosting his own annual summer tabla workshop at McGill University. In recent years, he has been working closely with santoor player Jonathan Voyer, sitarist Uwe Neumann, and kathak dancer Sudeshna Maulik. 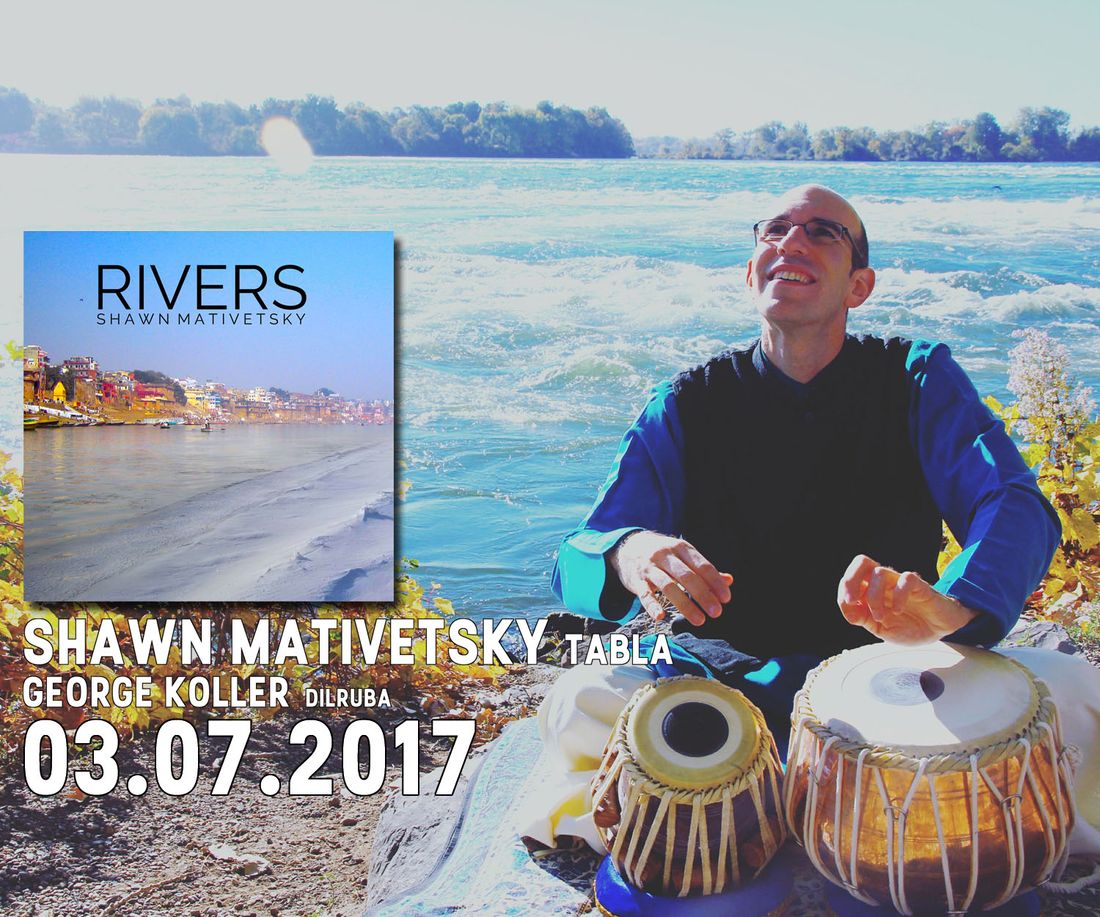 "Mativetsky’s tabla solos in Rivers eloquently reflect his evident dedication to the dynamic, received tradition of Benares style of tabla playing, his own individual spontaneous creativity, as well as his passion for this rich form of music-making." - Andrew Timar, The WholeNote (Mar 27, 2017)

"A fresh perspective ... A fascinating journey ... Mativetsky not only kept my attention with his artistry, but his playing demanded it." - Matthew Geiger, Percussive Notes (July, 2017)

“As a leading Canadian disciple of the renowned Sharda Sahai he has serious tabla street cred.” - Andrew Timar, The WholeNote (Apr 01, 2012)

“Shawn Mativetsky, a rare tabla player and musician of his time, has truly captured the spirit of classical music in the palms of his hands with his fingers so intricately vibrating across the drumhead, as he accompanies one instrument after another... [with] zest, fervor and sincerity.” - Dr. Monika Spolia, Bharat Times (Dec 01, 2011)

“The tabla was virtuosically handled by [Shawn] Mativetsky... It brought the house down.”- Ken Winters, The Globe and Mail (Feb 16, 2008)

“Percussionist Shawn Mativetsky handled the virtuoso solo part with an aplomb that was nicely matched by the orchestra... it was a persuasive performance.”
- Richard Todd, The Ottawa Citizen (Sep 18, 2006)