Kathak and Tabla in Calgary

This past March 1, I had the great pleasure of accompanying kathak dancer extraordinaire, Sudeshna Maulik, for a performance at the University Theatre in Calgary. We have performed together many times in the Montreal area, but this was the first time that we'd travelled so far to perform. Our performance was presented by the Calgary Raga Mala, who gave us a really warm welcome.

Sudeshna opened the evening with an invocation piece dedicated to Lord Shiva. Afterwards, sarodiya Raja Bhattacharya (who also travelled with us from Montreal) opened with a short alap in Madhukauns, which was coupled with recitation of Sanskrit poetry by local poet, Prabir Chandra. I then performed a short introductory solo in vilambit Dhammar taal, using a tabla tuned one-octave below the usual C tabla, to give a pakhawaj-like flavour. Sudeshna then joined us, and we performed a full segment of Dhammar taal compositions and improvisations. 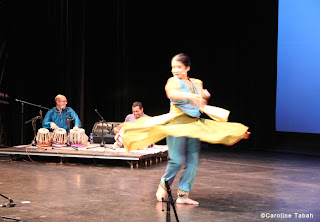 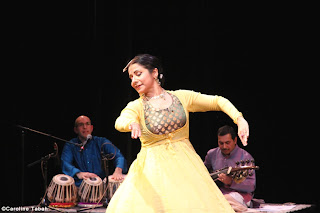 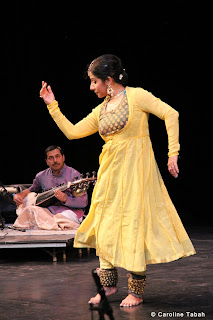 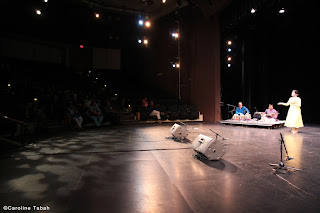 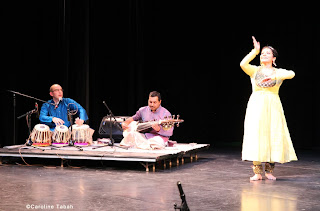 After a short break, we resumed with Raja's Kirwani solo in Vilambit Teentaal. Sudeshna then returned to the stage, and we continued with the kathak recital through Madhya and Drut Teentaal. It was a full evening of kathak, punctuated by musical interludes and poetic verses.